The work of Kaspar Dejong is in line with the semiotic tradition of exploring and studying signs and symbols as a significant part of communications. By taking everyday signals and situations out of their initial context and decomposing them, Dejong raises questions around their original intent.

In his oeuvre, Dejong shows a fascination for the desire to make a mark. Every single being responds to one another and grows, adapts to these sensory inputs. Cities are constantly under change and affected by human activities. From a background in graffiti, Dejong researches these markings and happenings in the modern urban landscape.

Found materials and natural elements reoccur in Dejong’s installations. They find a way to its maker by wandering trough the city. His paintings – often monochromes – are partly disrupted by coloured dots, numbers and letters, which float between unsteady shapes and forms that seem to have been erased unsuccessfully.

With spraypaint, graphite, oil and acrylic paint, Dejong also uses letters or numbers to begin his compositions. Starting from the base of the raw unprepared canvas he suppresses, scratches and erases them and so creates with his scribbles, color areas and scratches an abstract new unknown language that confronts the viewer.

The artist’s study of the public space is in line with the situationist approach of psychogeography. Wandering through the city should be determined not by any preconceived plan, but by attractions or discouraging counter attractions of the city itself. It requires a letting go of the usual motives for movement and action. One might almost say, a letting go of everyday identity.

A possible rendezvous comes to be.

(b. 1995) lives and works in Amsterdam
contact us for more info and prices
Full list of available works coming soon on Artsy 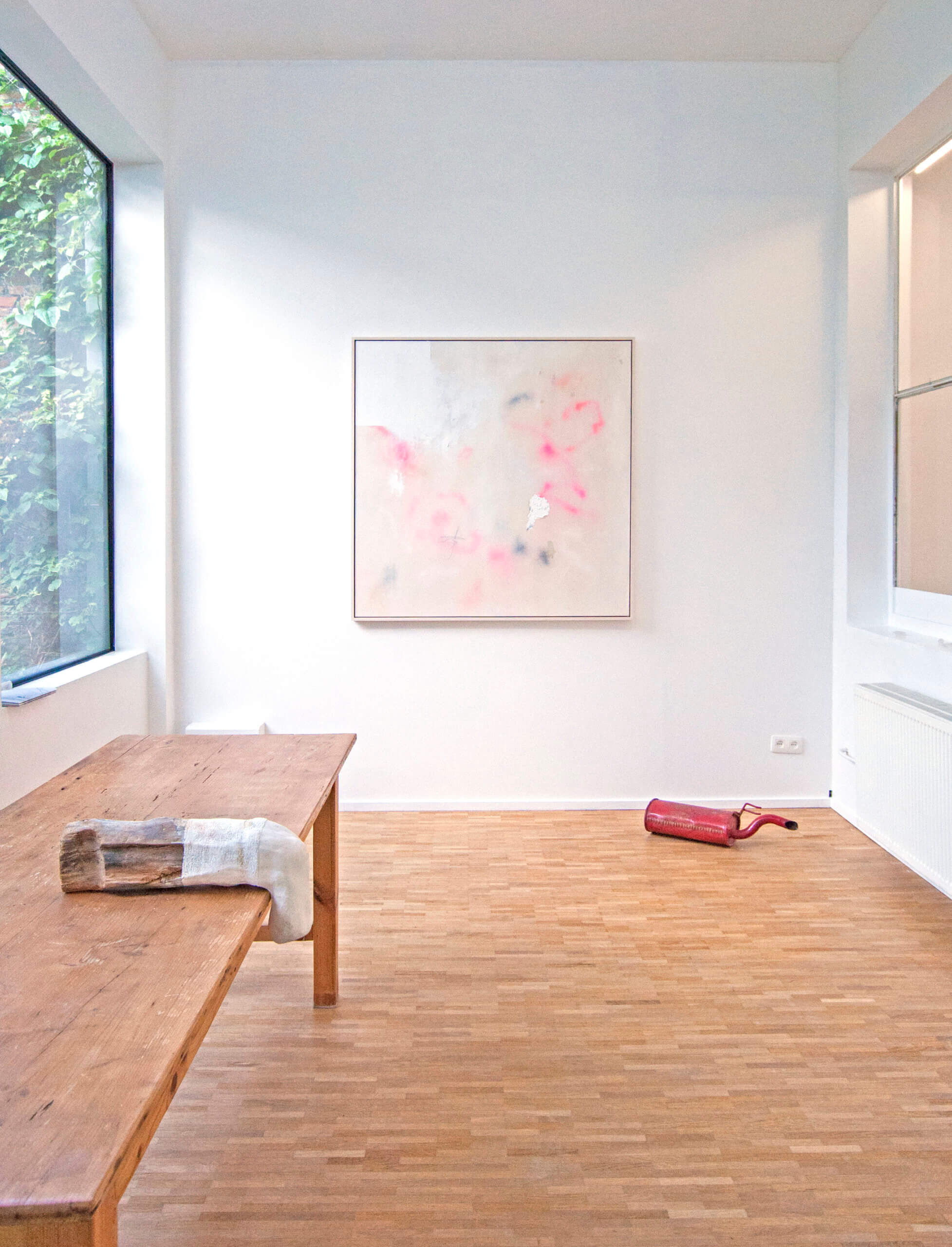