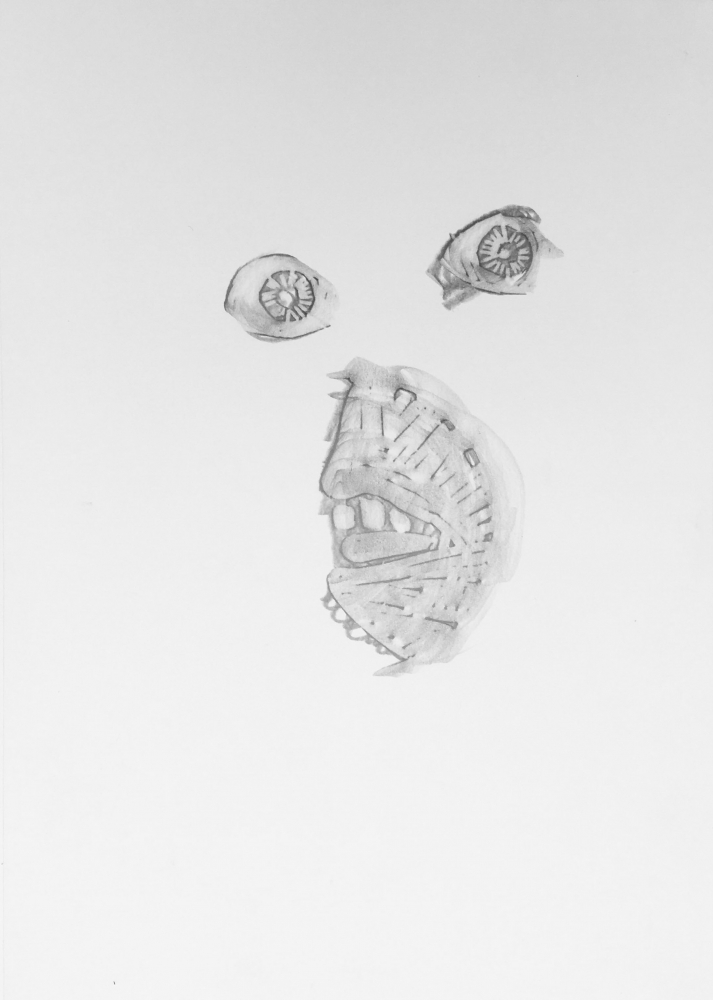 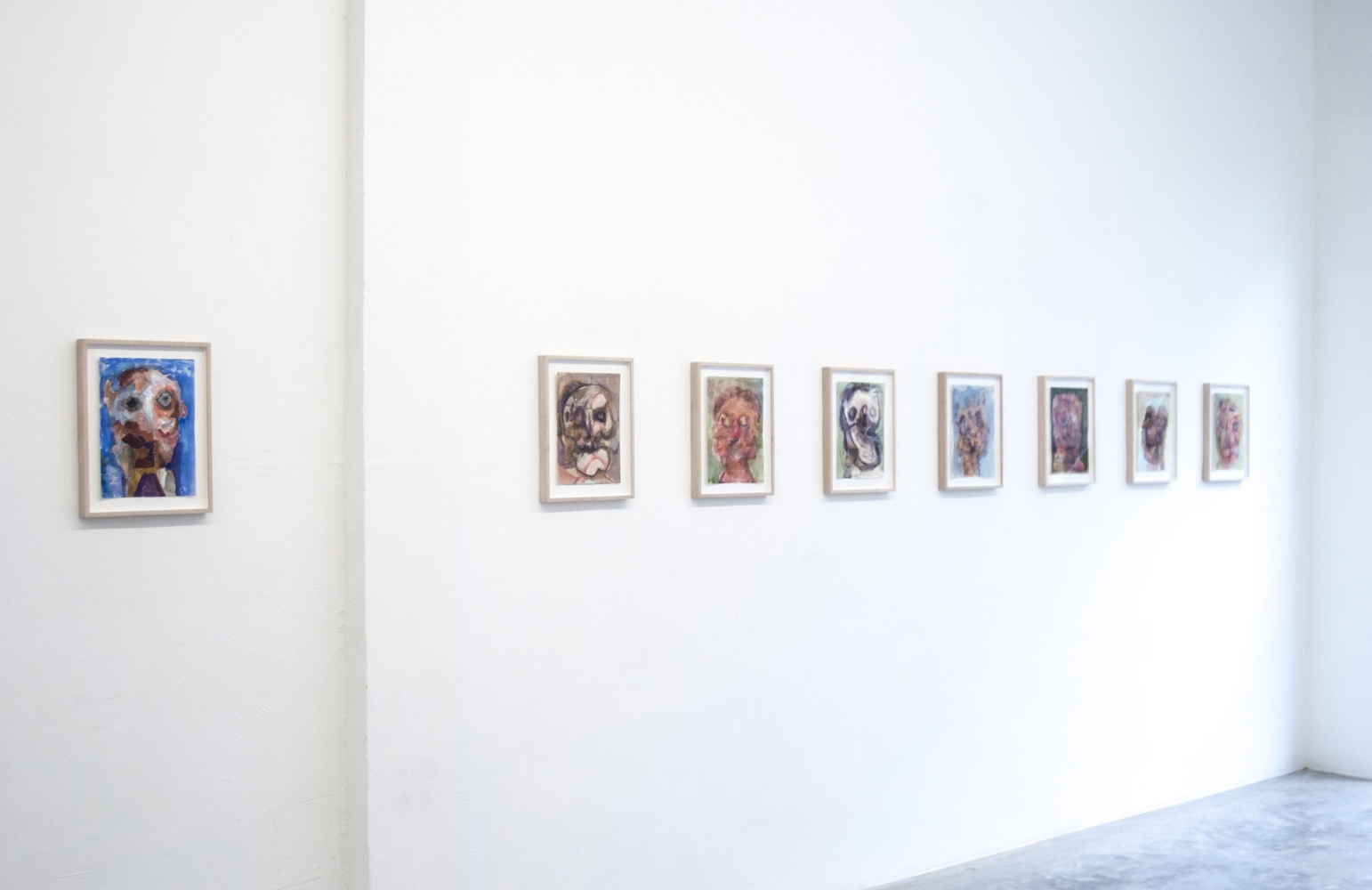 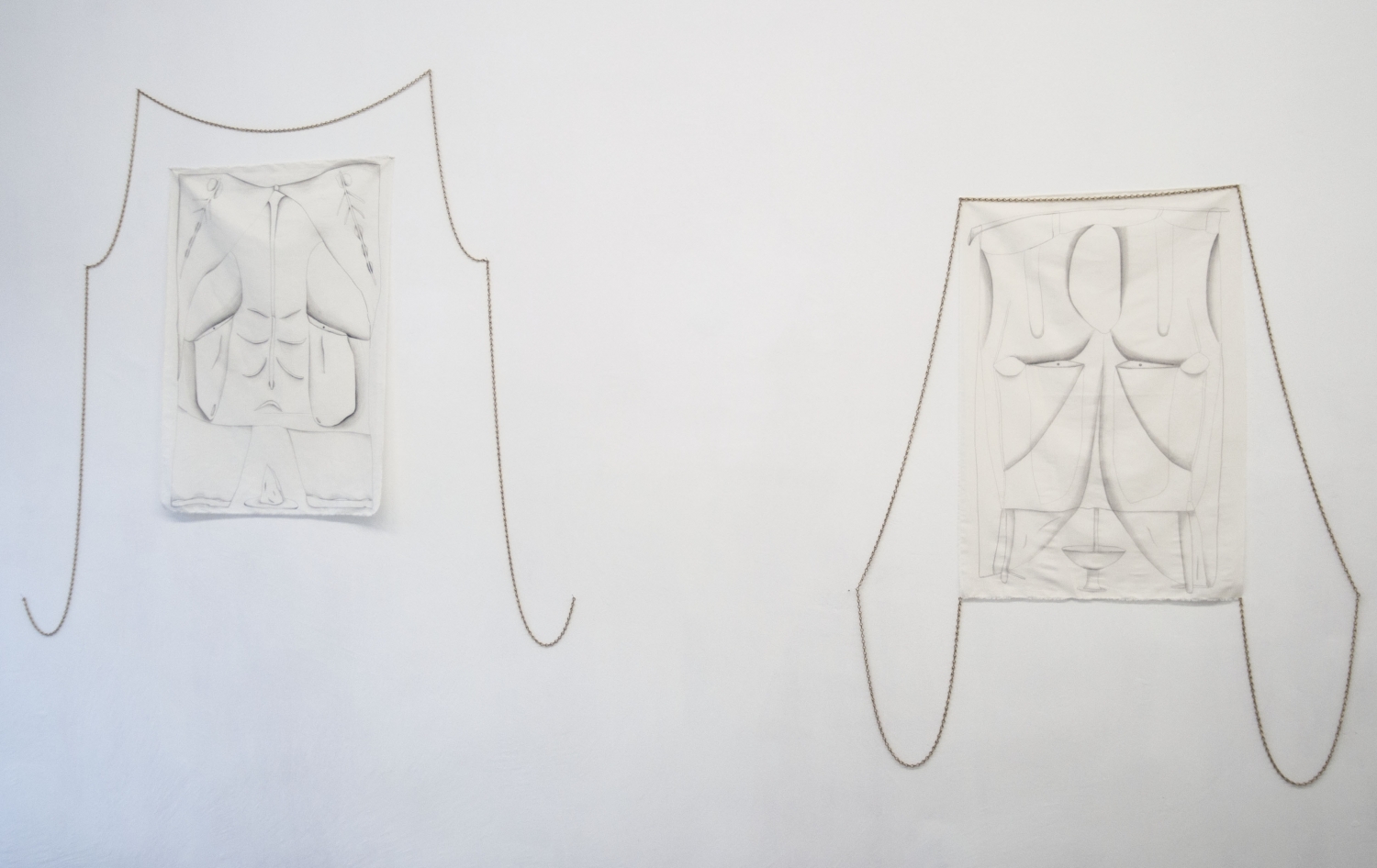 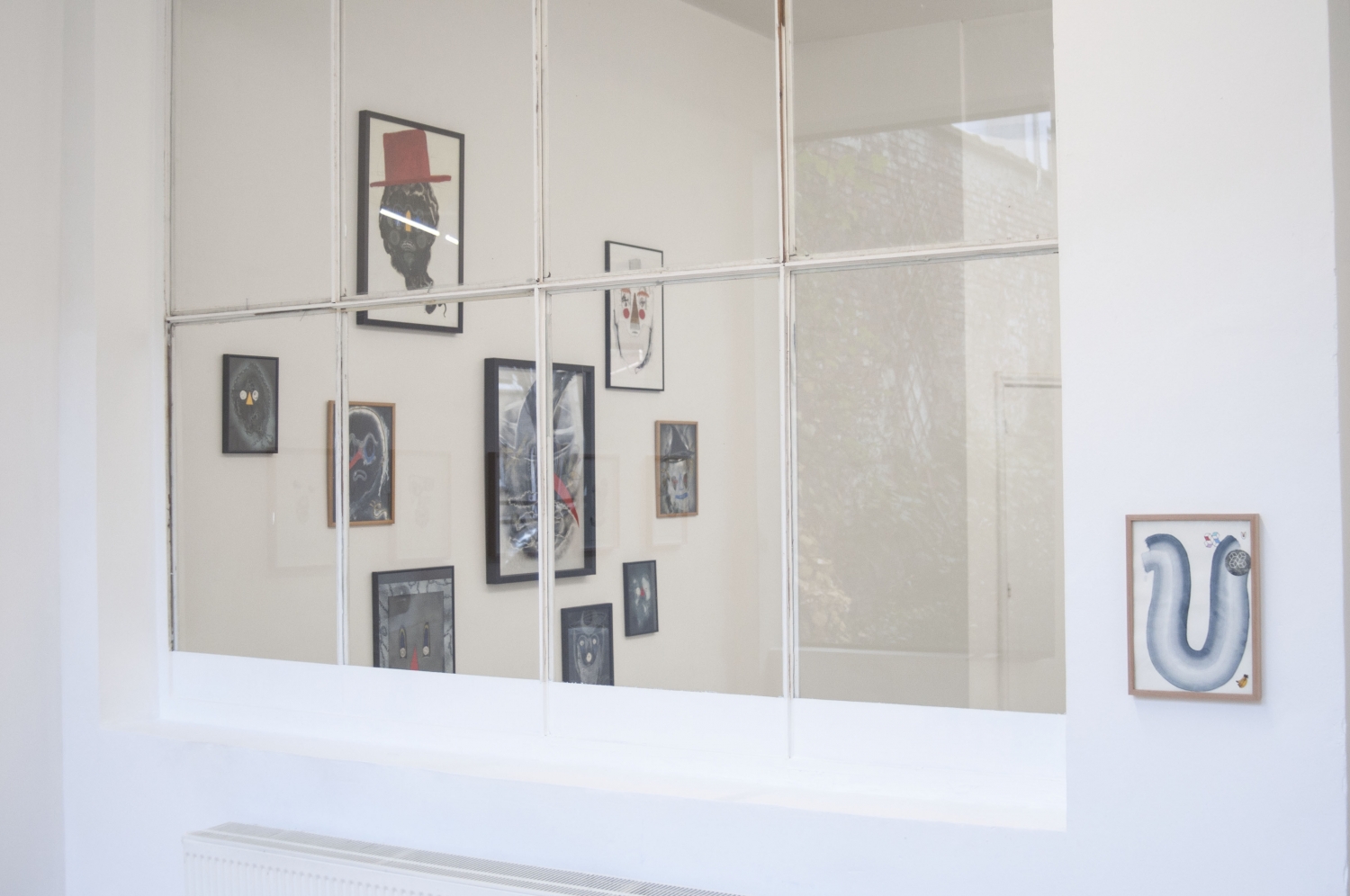 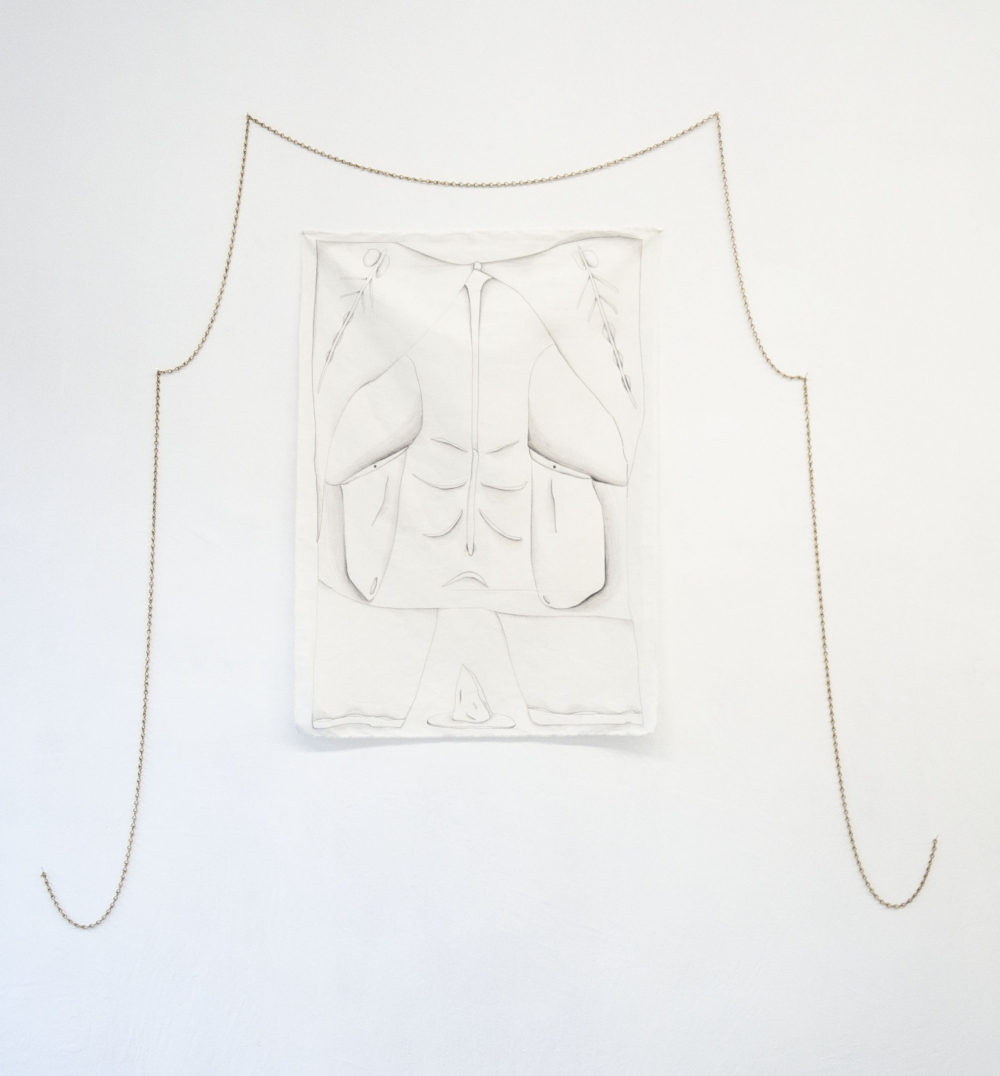 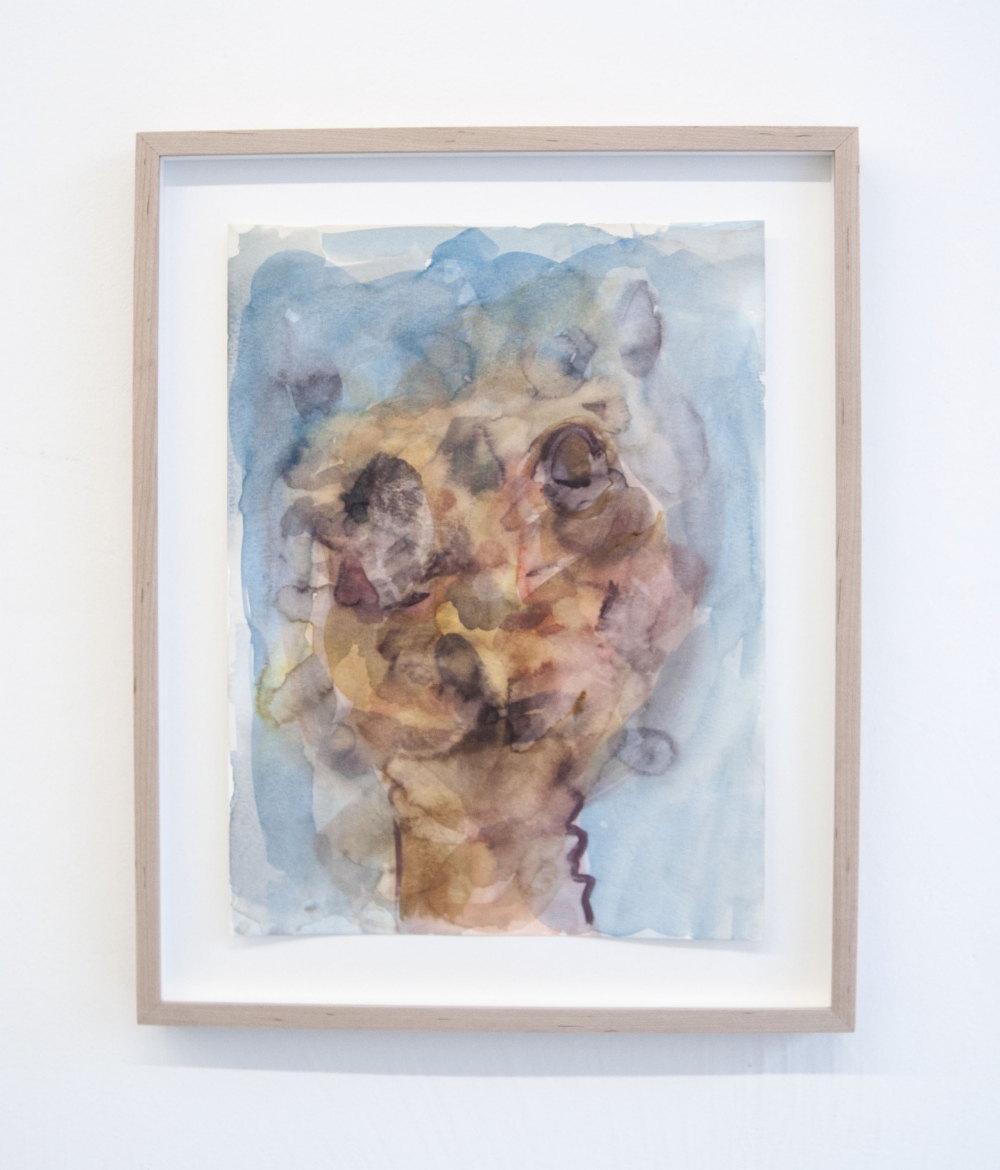 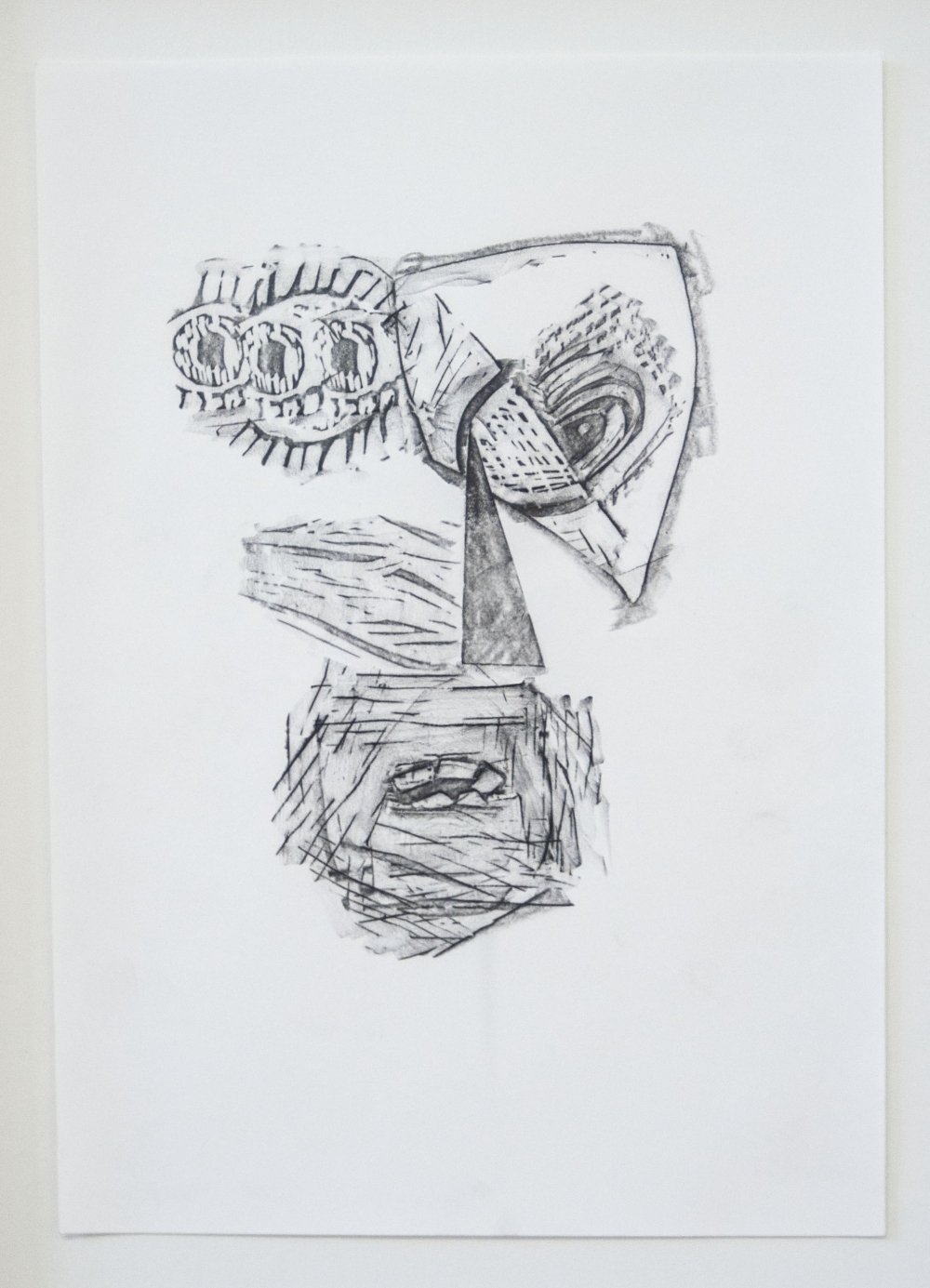 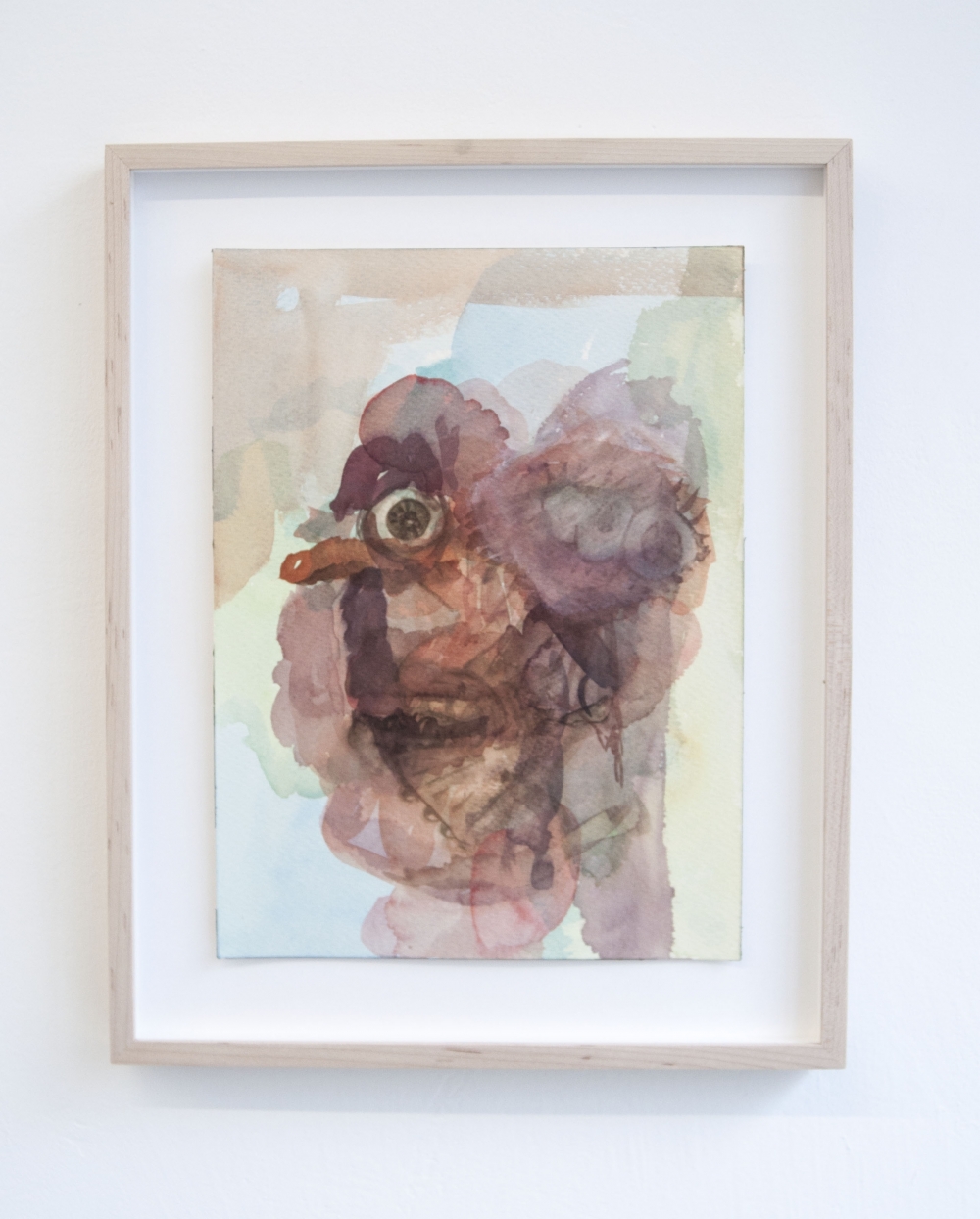 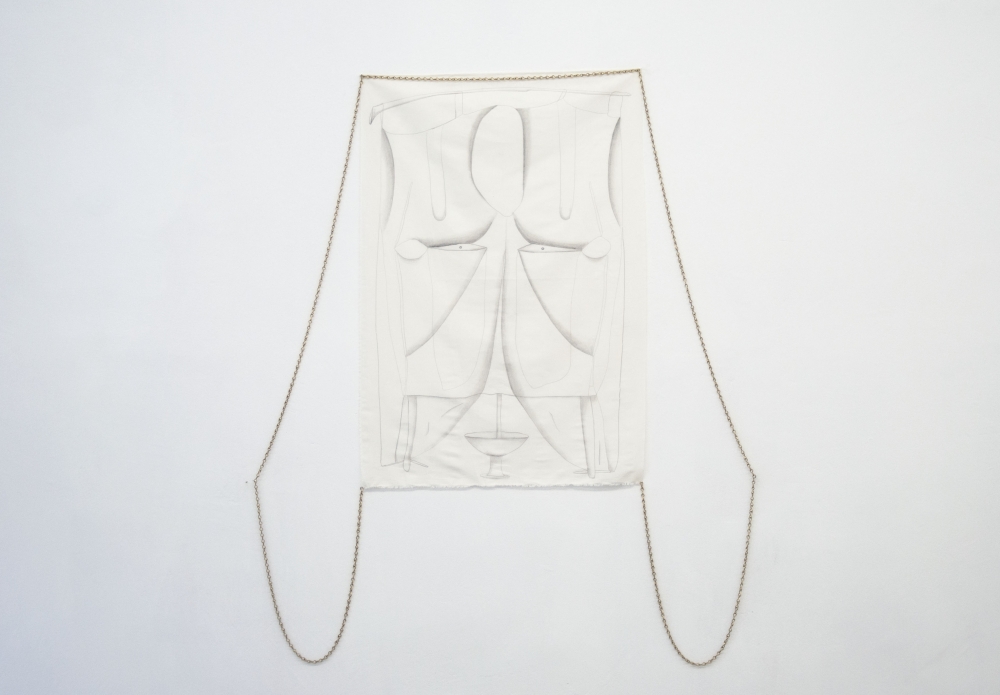 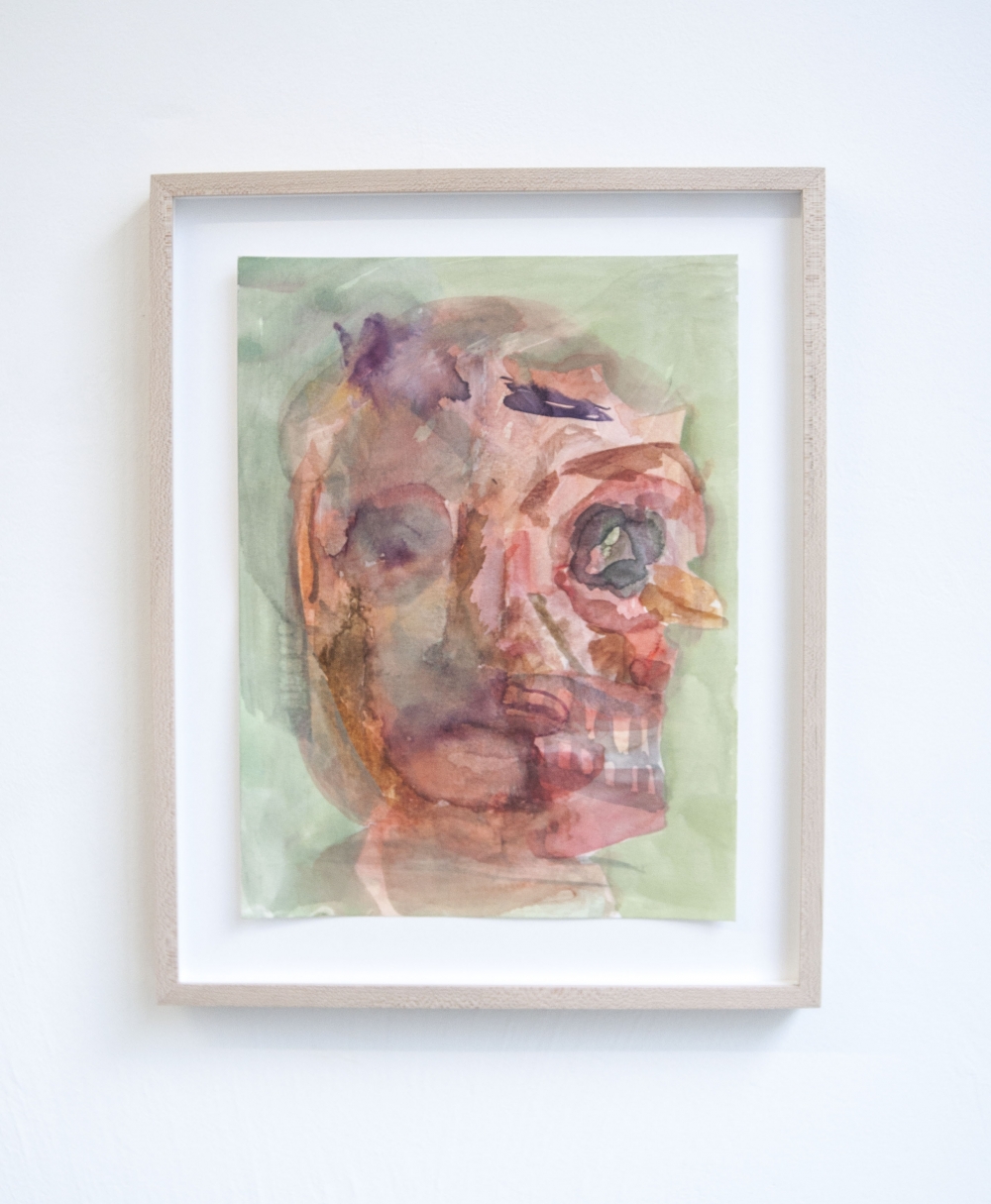 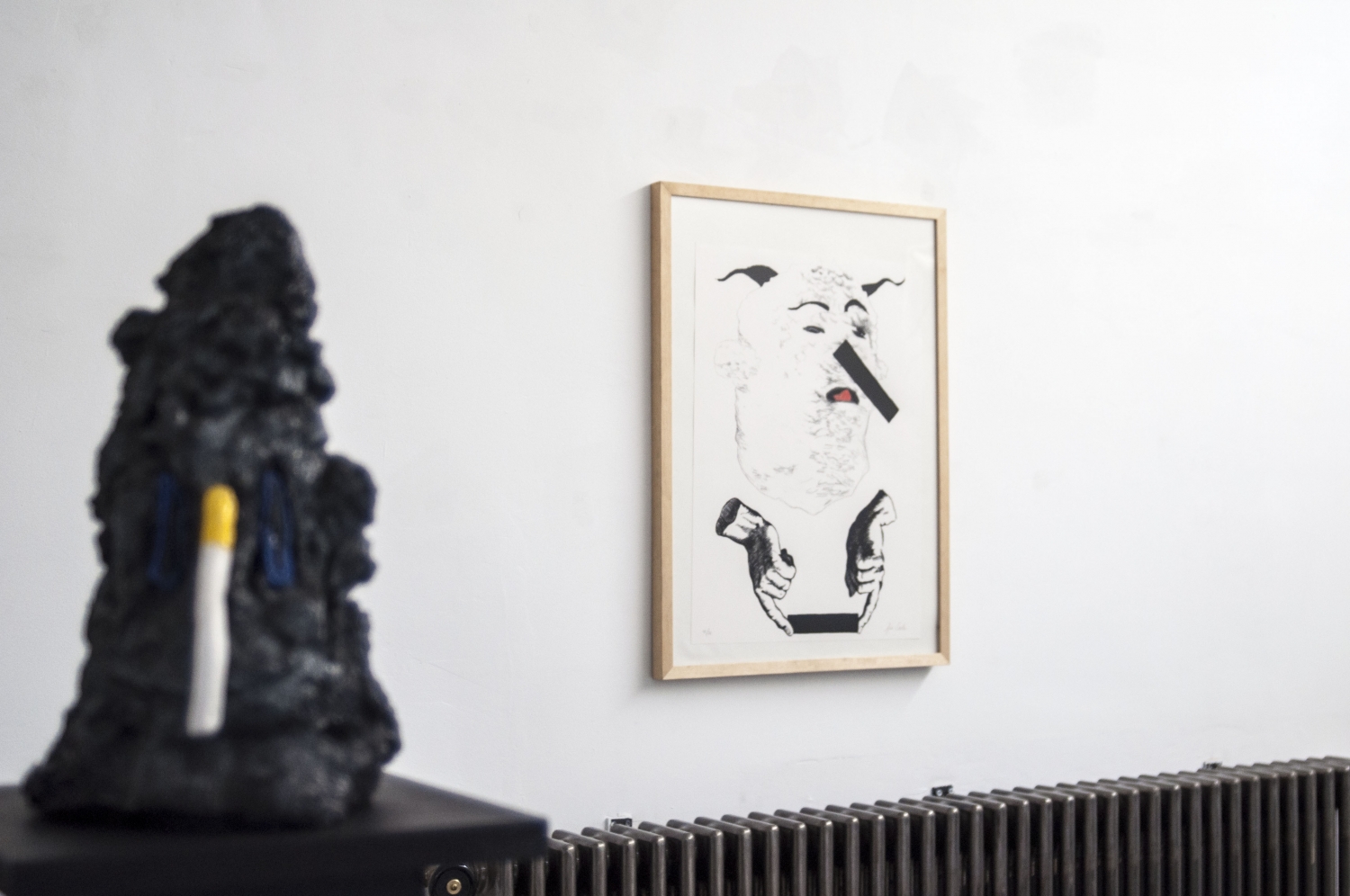 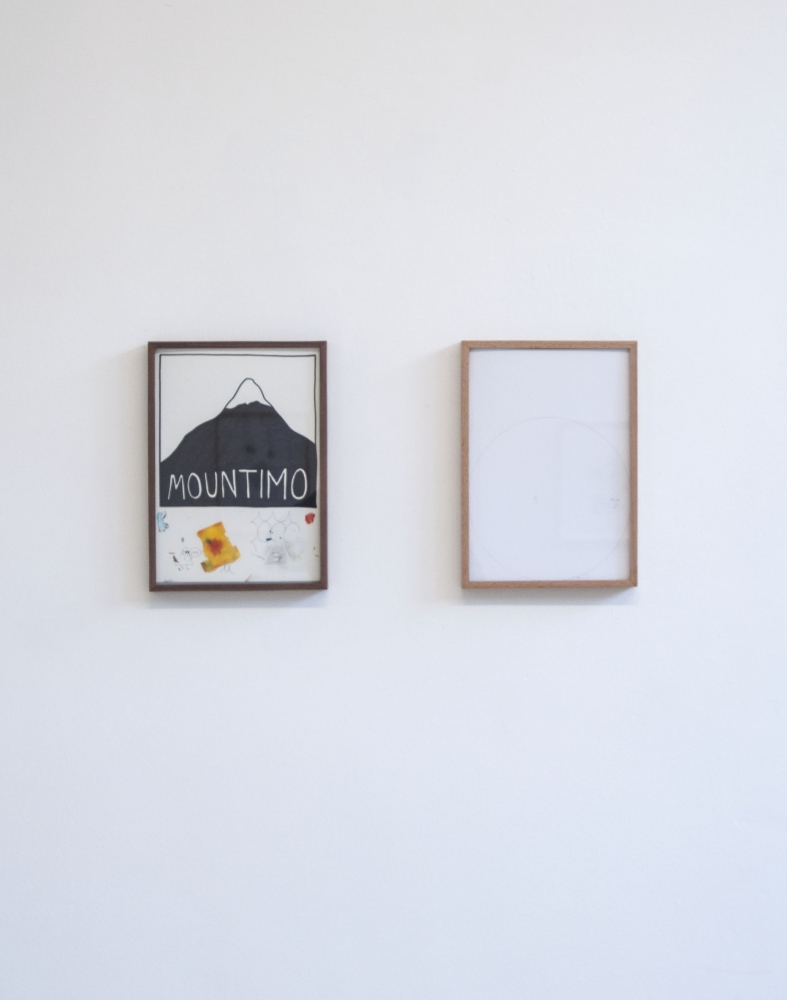 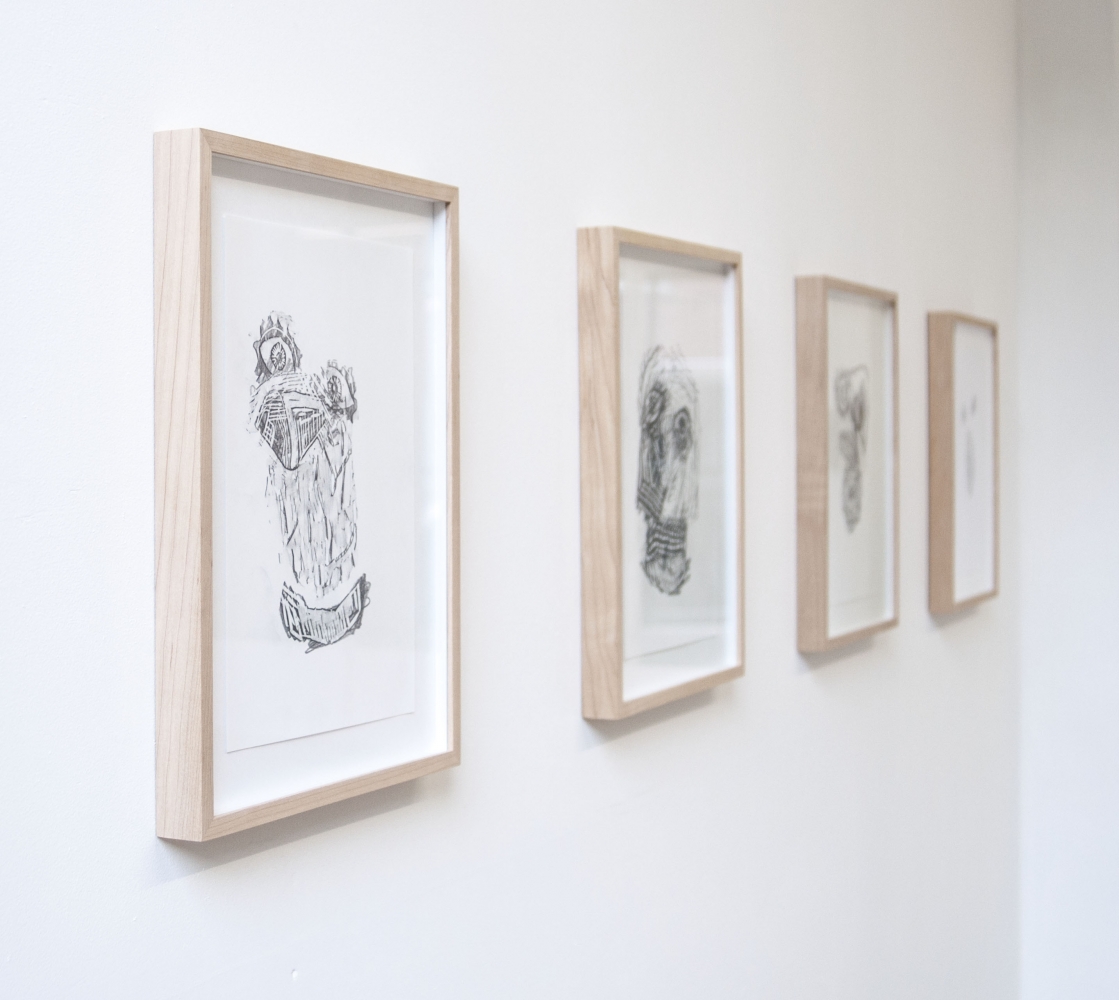 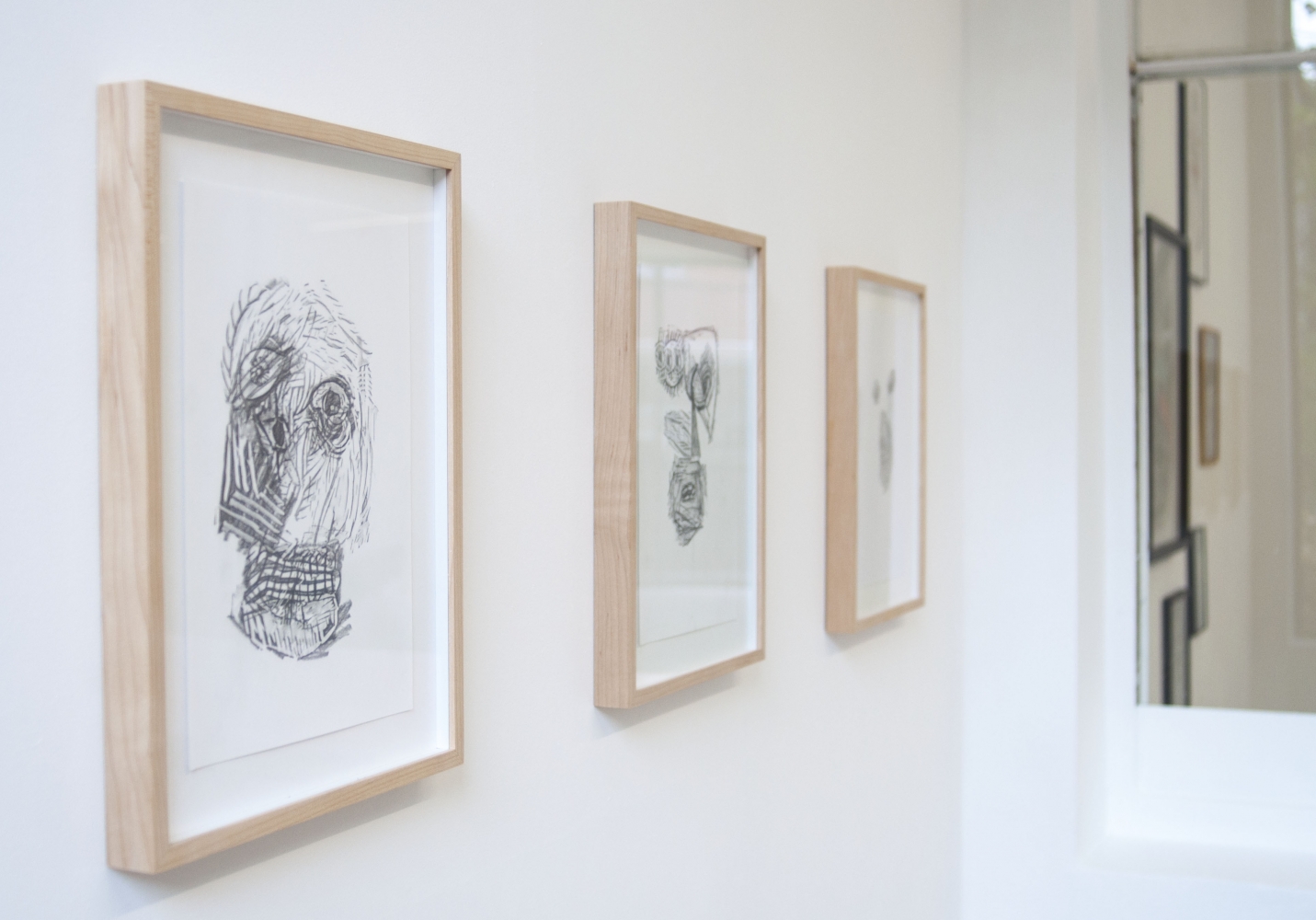 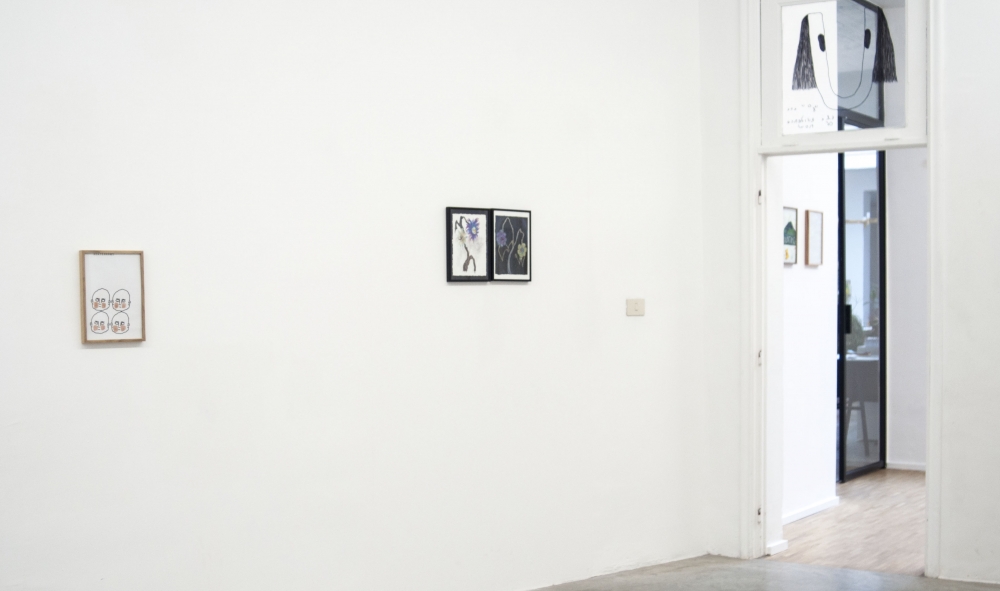 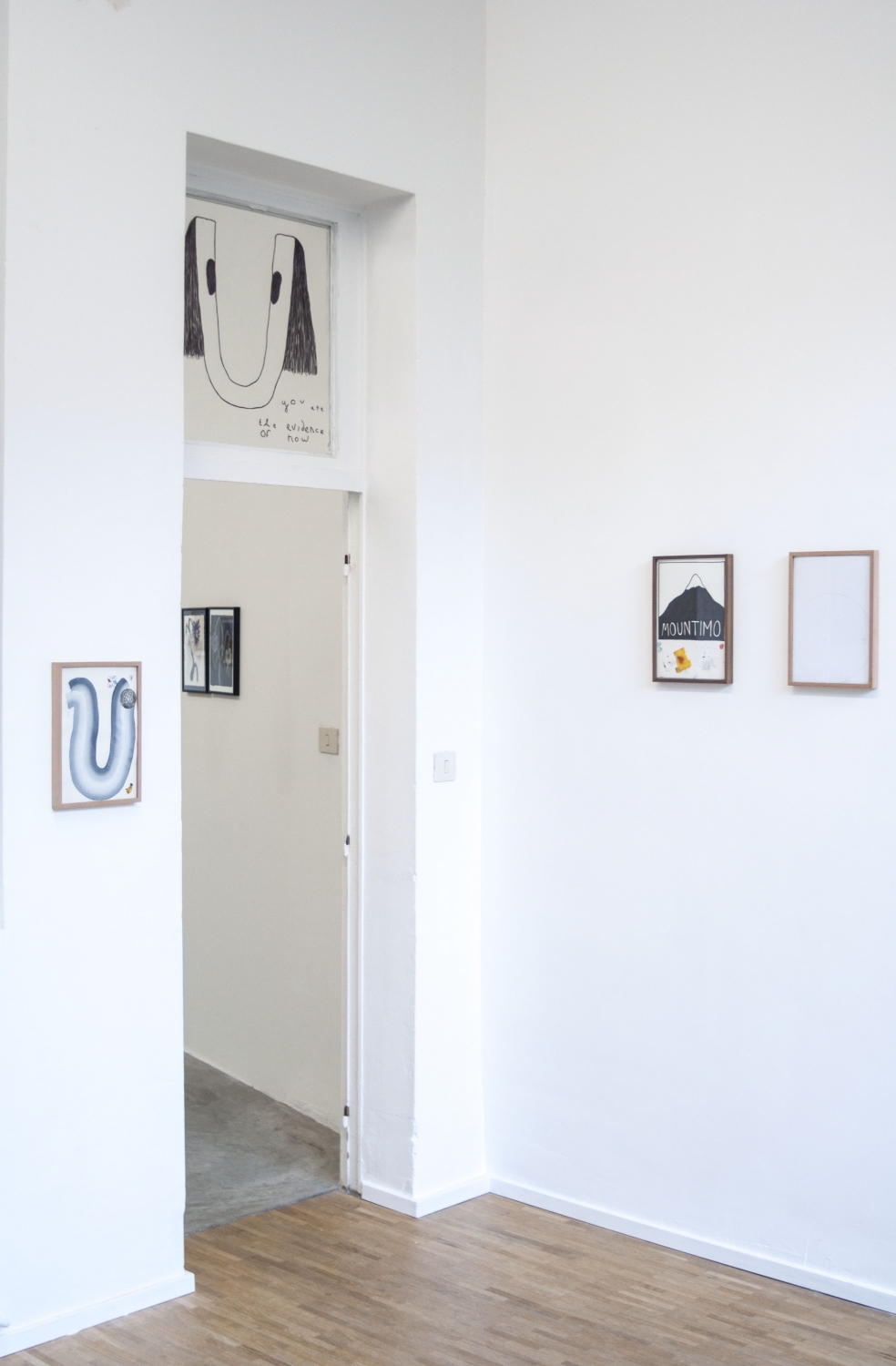 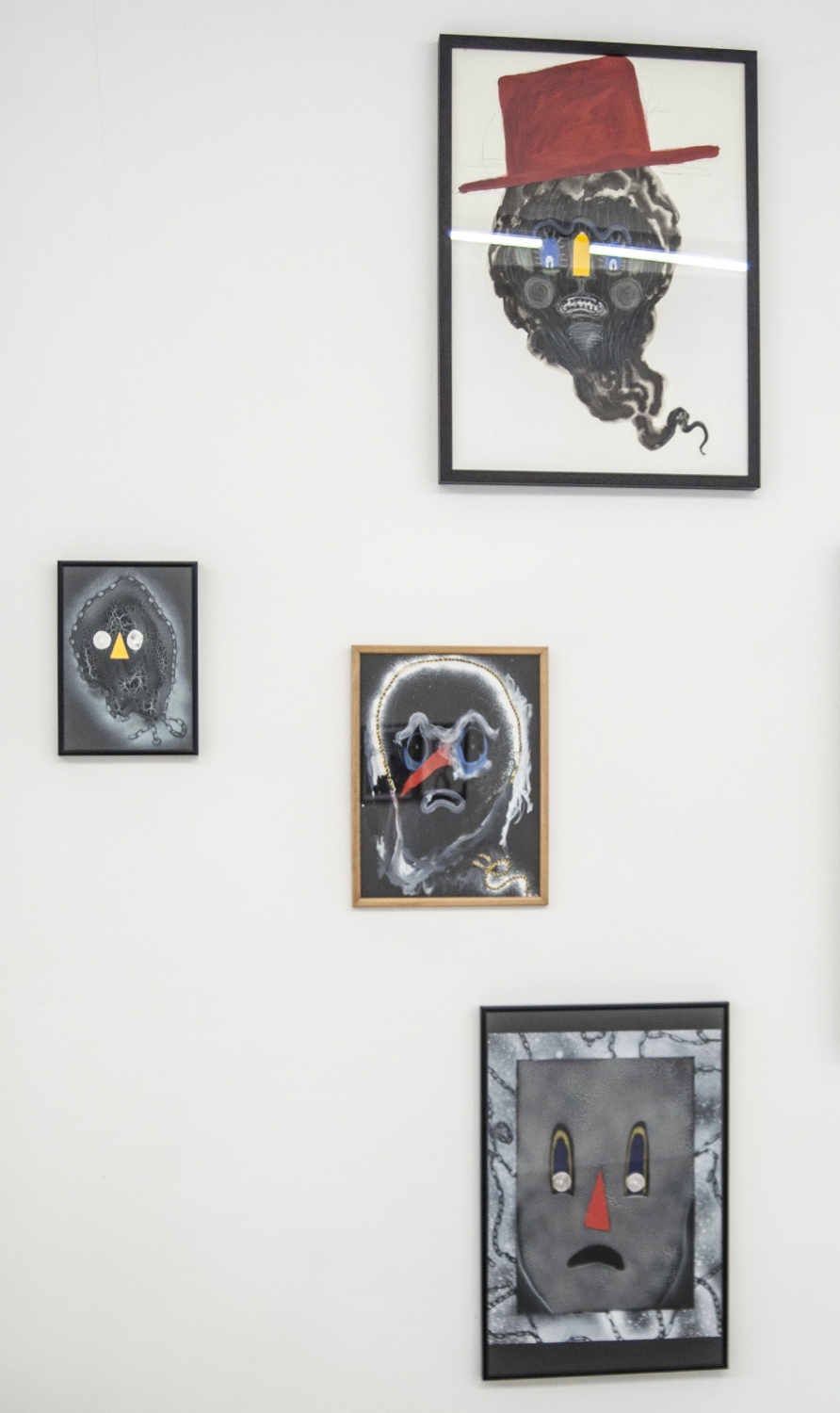 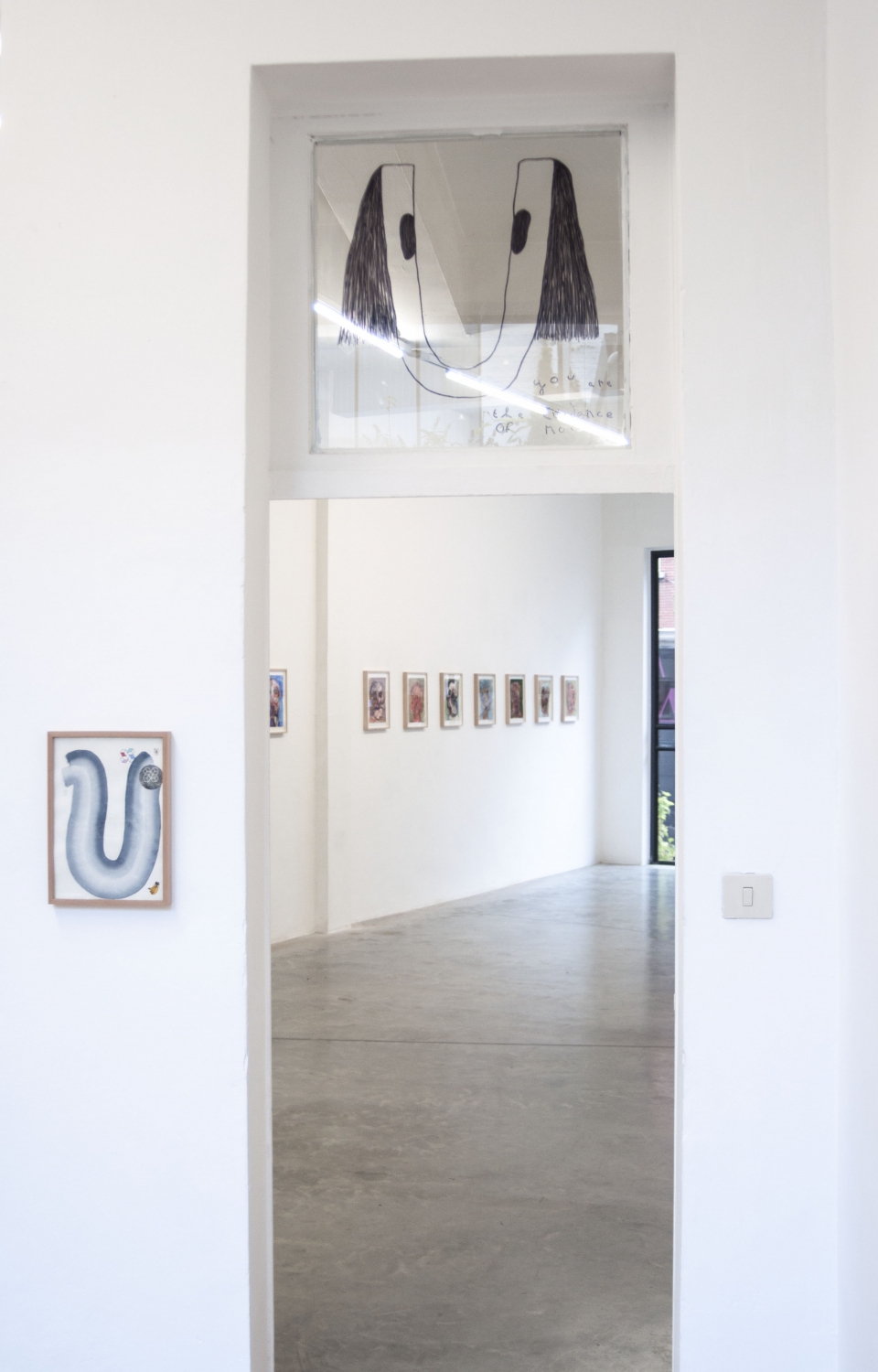 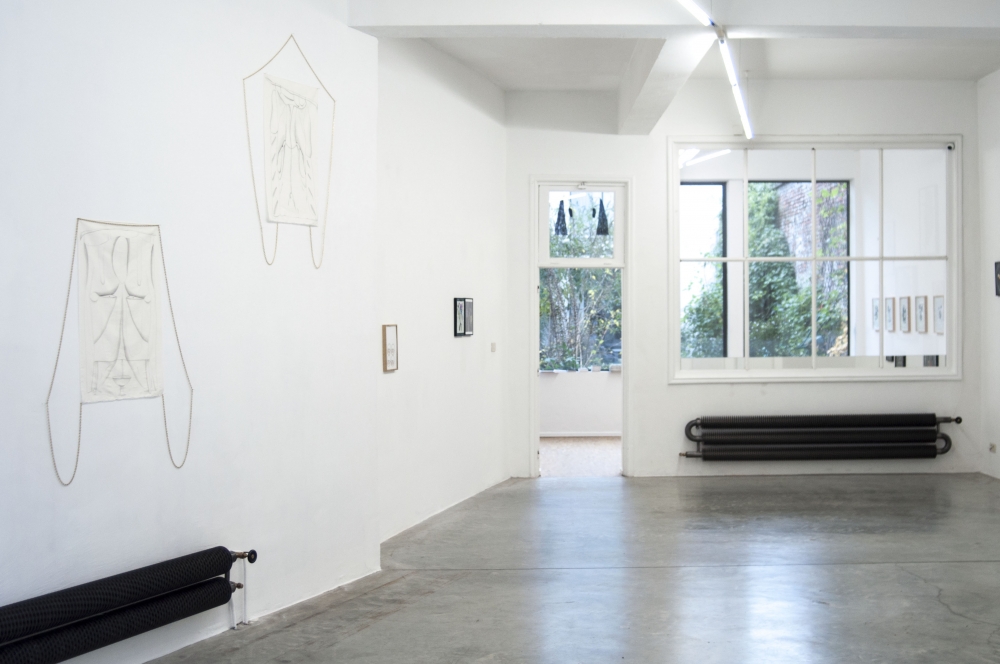 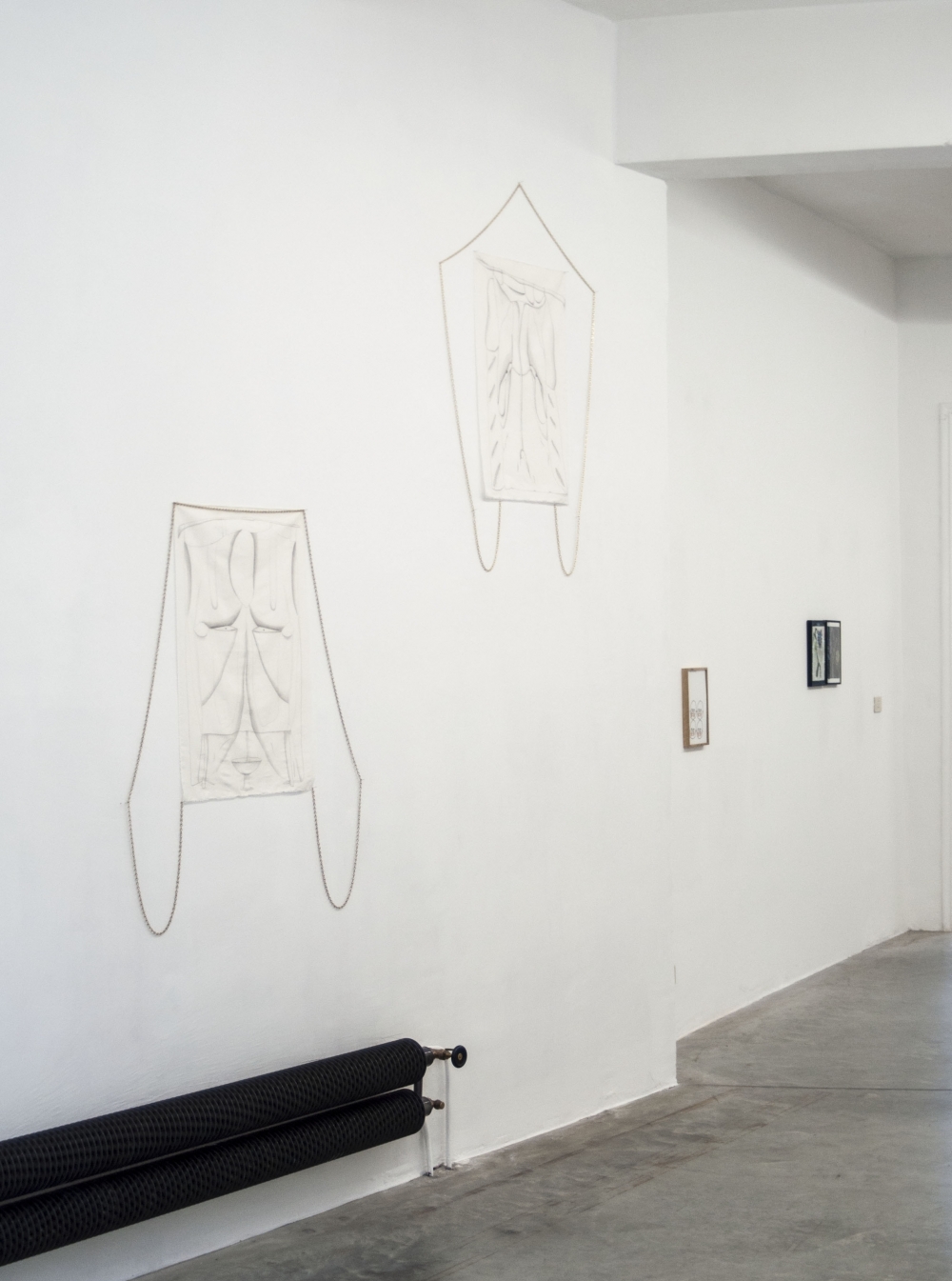 ‘False Faces’ is a group expo at DMW Gallery bringing together works by Tatjana Gerhard, Timo vin Grinsven, Fia Cielen and Lysandre Begijn, centred on the notions of masks or ‘false faces’, and self-representation in art.

“Tatjana Gerhard is an artist for whom painting is a tool to reflect a form of figuration that oscilates between a naive narration and an existential solitude. The human figure is disguised and appears to be a character in often undefinable spaces. Behind the gentleness of the brushstrokes hides an uncomfortable vision on the human species. With her work Tatjana Gerhard takes a painterly position where reminiscenses can be found of artists such as a.o. James Ensor, Emile Nolde or George Condo. Her work is idiosyncratic and genuine affirming the necessity to further reflect upon the human figure in painting.”

“In my drawings I draw inspiration from masks […]: carnival masks, old folklore and ritual masks, ritual animal disguise. Masquerade is something that is ingrained in European culture, and originates from a time before the christening of Europe, a remnant of times when the wild and magical were still part of daily life. I’ve always been fascinated by the hiding of the face as it also implies the hiding of the civilised. […] I find it a suiting metaphor for our modern culture, with its thin layer of civilisation, the wildness brewing underneath. Maybe the civilisation is the mask, and not the other way around, maybe it is our true nature underneath. Maybe humanity is an illusion? Have we domesticated ourselves into something beyond natural?”

“While much of Lysandre Begijn’s painterly work can be defined as abstract, this recent body of work strongly tends toward the figurative. Faces – or masks – is what instantly comes to mind. At the basis of these colourful ‘faces’ is an assemblage of abstract, flat painted forms and scraps of textile material. Some compositions have been entirely built up out of textiles. Between the draperies a play of veiling and unveiling unfolds, thus suggesting a continuous movement.

Sources and references to Lysandre’s masks are manifold. They range from outsider art, folk art and tribal art to Pop Culture and the subconscious as interpreted by Carl Jung. Masks, persona (of which the word person is derived) in Latin, tend to obfuscate the face of the real person, to provide a person with a second persona and to give free reign to the unconscious. Expressions often are grossly exaggerated. They help to externalise the subconscious and to vent the unknown, deep-rooted anxiety, the supernatural, primitive instincts.

More than representing faces, these installations are icons of faces. They are icons of the human condition, of sadness, of anxiety. Masks – especially during carnival – give the bearer a new, alternative identity (or non-identity) which is lose from society and hence is able to comment on that society. During carnival two worlds of experience, that of the accepted reality and that of a parallel reality encounter one another, touch one another in the physical world. These faces imply a transformation, an obliteration of the conscious ’self’.”