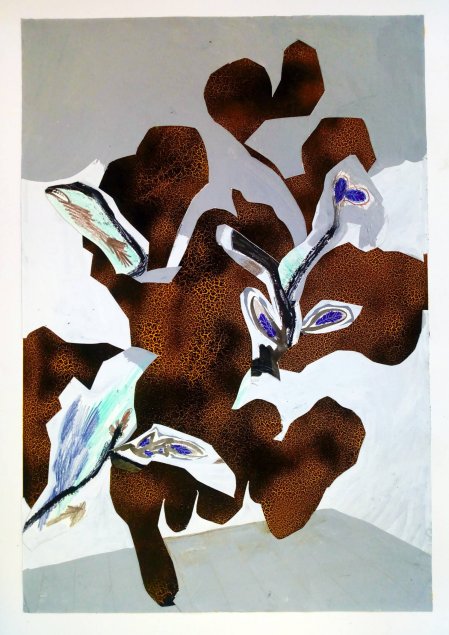 *As early as I can remember, I’ve had recurring dreams of another world, which I can only describe as a shape-shifting forest, inhabited by talking animals and phantom creatures. The way to enter this realm was always the same: through a garden labyrinth made of hedges. Once I crossed the hedge, the forest would reveal itself and my dream could begin.*

The idea of in-between places, whether physical, conceptual or metaphorical, is a recurring theme in the artistic practice of Fia Cielen. The artist’s drawings, sculptures and installations centre on the element of metamorphosis and often depict beings on the verge of their next materialisation. Cielen’s works introduce a natural element that goes beyond her control in an attempt to re-enchant a disenchanted world.

Fia Cielen is particularly attracted by in-between states, transitory zones and the uncanny. This is perhaps best reflected in the title of the artist’s new exhibition at DMW Gallery, ‘Hedge Rider’, which draws its inspiration from an old European term, referring to those who act as travellers between different worlds.

In pre-modern times, edges of towns were often marked by hedges, signifying the end of civilization. Beyond the hedge there was uncharted territory and wilderness, ruled by chaos. To ‘ride the hedge’, then, meant crossing the boundary between this world and the next, and to engage with beings and forces beyond this reality. This was done by inducing a trance, a flow-state between waking and sleeping.

In an over-regulated world, Fia Cielen is bent on depicting states in which we can reclaim a sense of wildness, as a means of expressing the intuitive feeling that estrangement can be intrinsically natural. For her new solo exhibition at DMW Gallery, the artist therefore presents a new series of works that invite us on a journey beyond the hedge, into a shape-shifting realm unaffected by the rules of our reality. 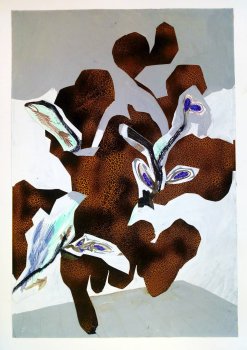 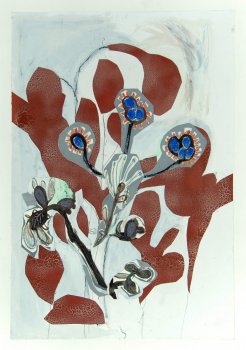 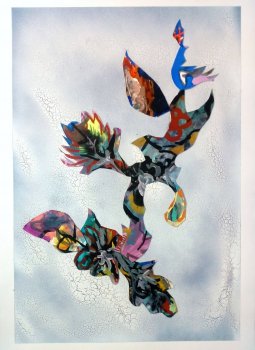 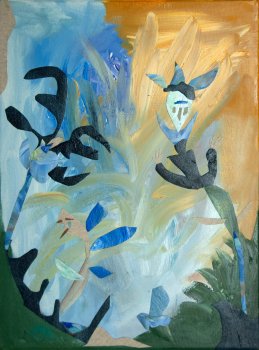 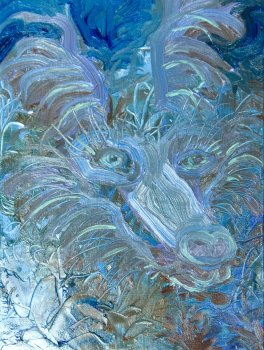 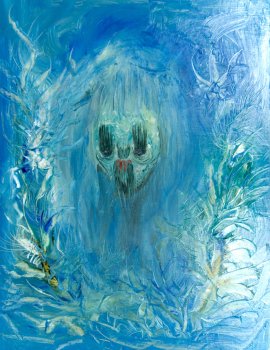 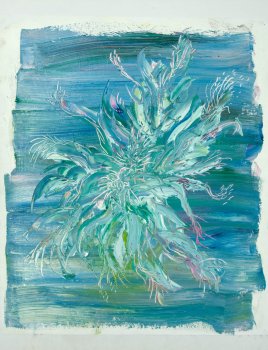 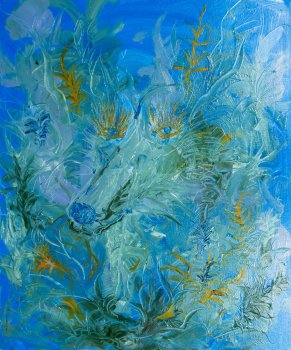 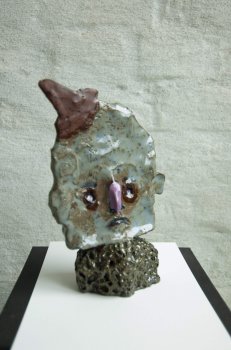 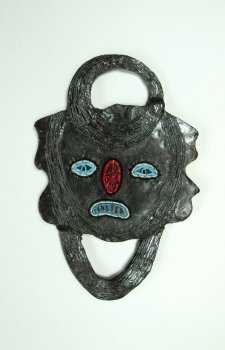 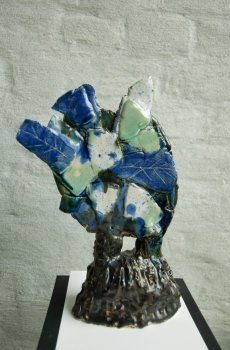 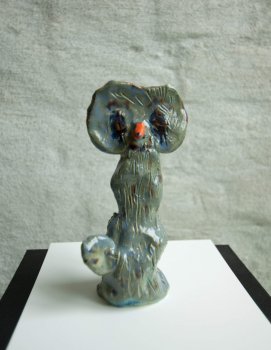 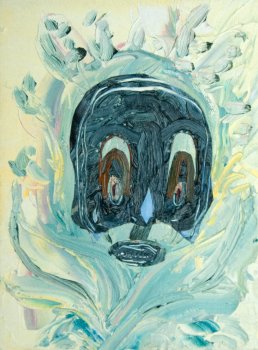 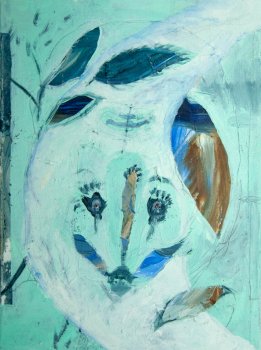 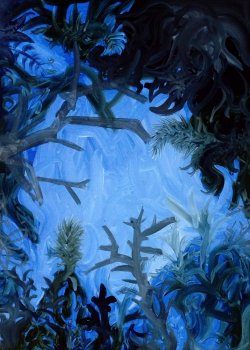 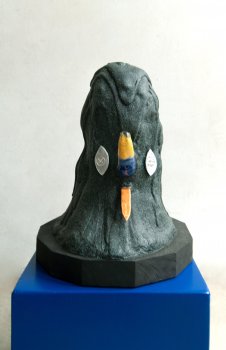 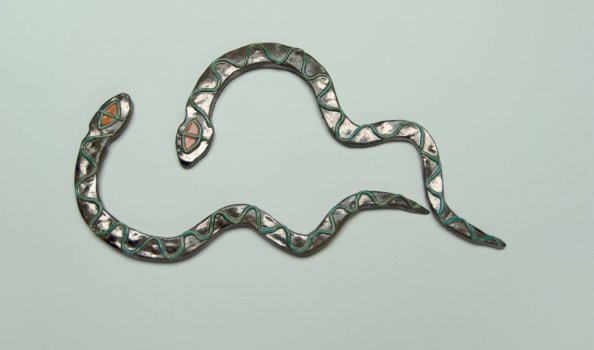 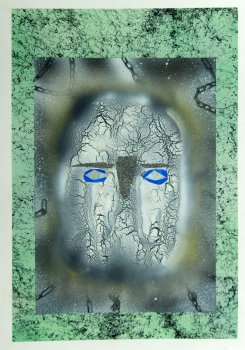 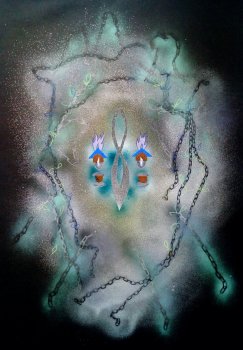 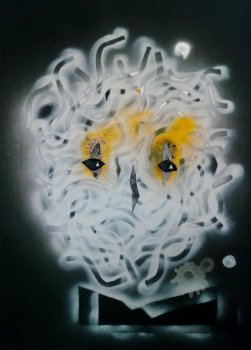 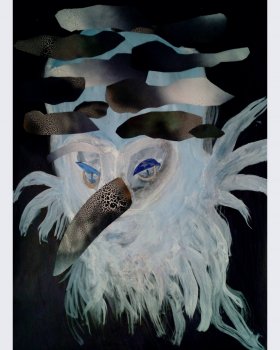 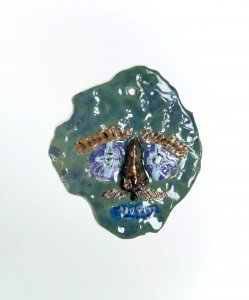 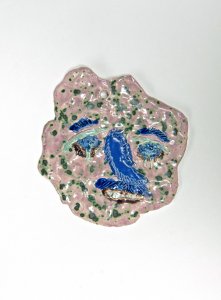 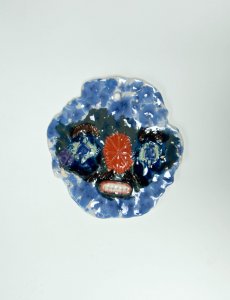 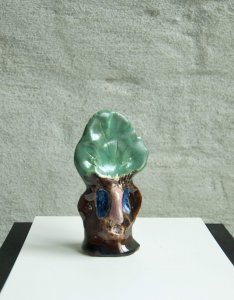 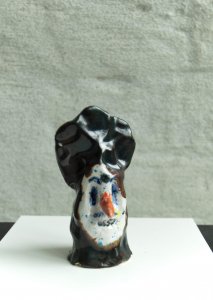 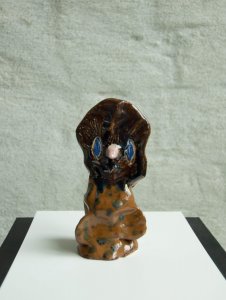 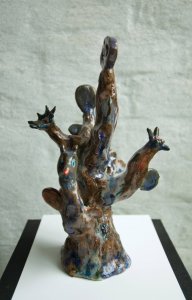 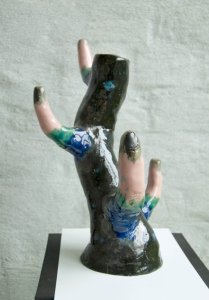