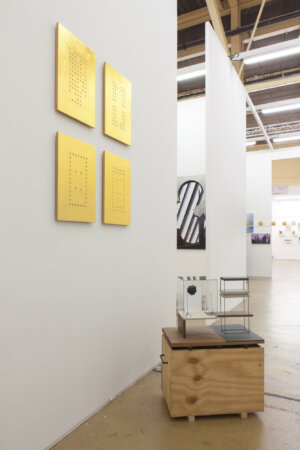 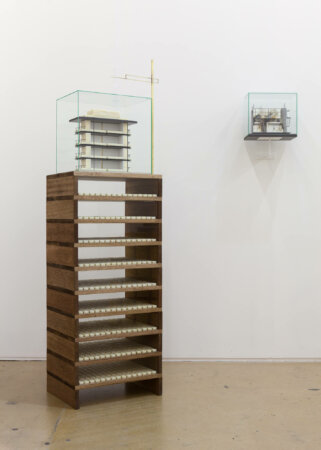 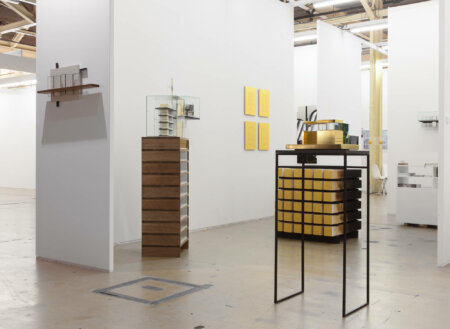 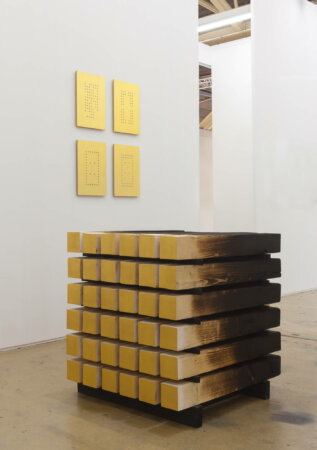 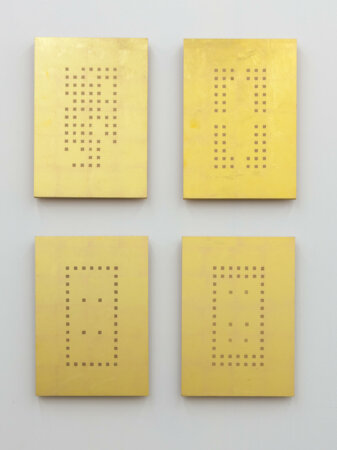 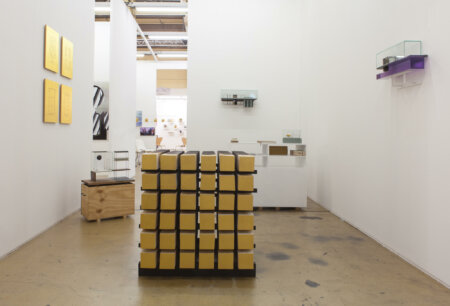 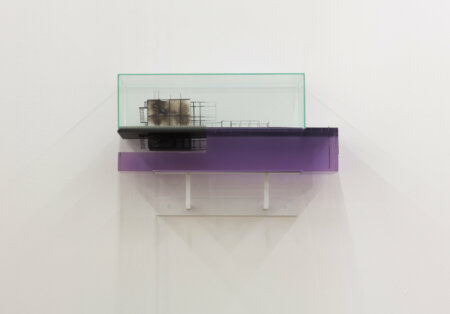 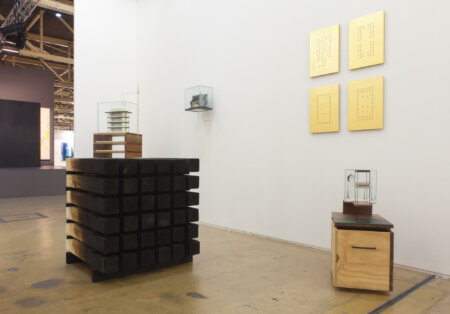 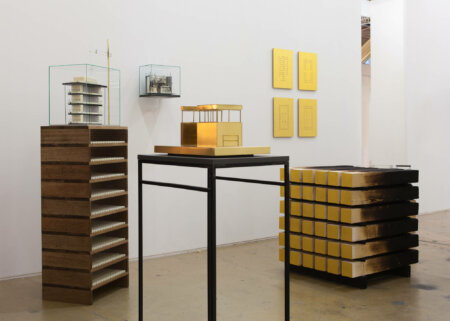 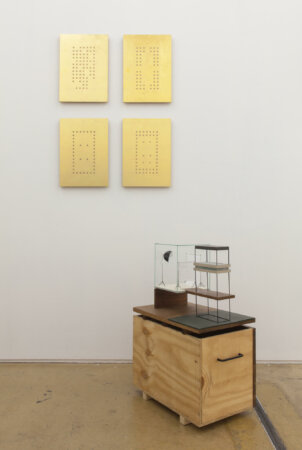 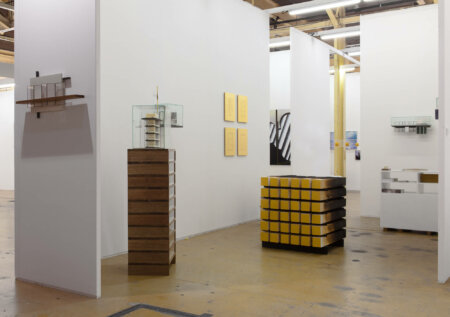 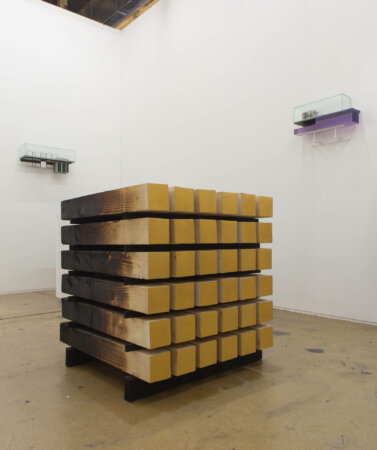 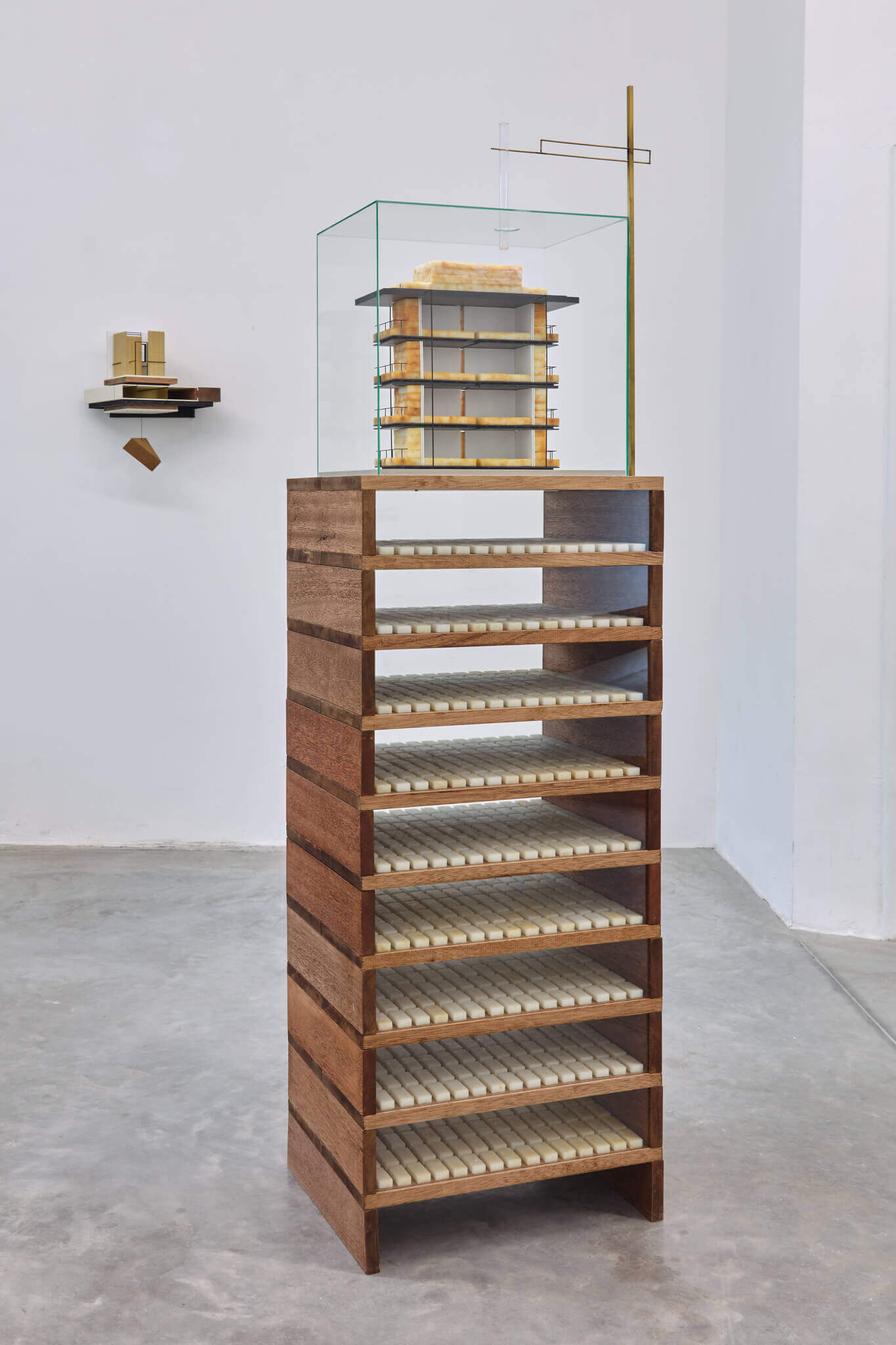 The idea for the expo ‘Elemental Entropy’ originated with the work ‘Plans for the North’ (2014), a piece the artist made earlier for an exhibition in Brussels. Architecture as a form of language developed throughout history is an important inspiration for Caroline’s work; old plans are dismantled and used as the starting point for new buildings. Likewise, the artist’s works have evolved into pieces that mould memories of elements of an architectural plan into what could be considered the plan’s essence. This makes them timeless and recognisable. The series shown at this exhibition purposely turns to timeless materials used throughout history, like wood as a construction basis, and gold as a means to add value.

The works selected for ‘Elemental Entropy’ for the first time demonstrate the impermanence of the materials used through controlled scorching and charring. This process has also been used in more recent works of Caroline and as such has become a recurring theme. The inherent difficulty in controlling an elemental force such as fire brings a new dimension and indeed challenge to the otherwise restrained and composed working method so characteristic of the artist. The thread of controlled destruction working its way through compositions of near flawless construction also runs through the other works selected for the exhibition. As such, the eponymous centrepiece installation ‘Elemental Entropy’ shows an immaculately arranged set of soap bars slowly being worn away by wayward drips of water. Though the process destroys the pristine nature of the bars, it gives way to a series of temporary states created by an unruly force in a controlled vacuum.

The expo at Art Rotterdam coincided with the release of a new artist book and edition by Caroline Van den Eynden.